Reno and the Sierra Nevada's 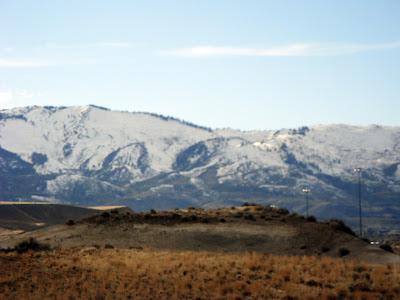 I just got back from a short stay in Reno, NV. I was suprised at how little snow was capping the Sierra Nevada's for February. Apparently there has been very little snow for the past 5 weeks. I think the mountains had at least this same amount of snow when I visited there last June. I took a few photos from the airplane window and they turned out well even though the flight was very turbulent and at times, heart stopping. I thought they would be blurry and out of focus but was nicely surprised. I kept thinking about how many dinosaur bones must lie undiscovered under these massive mountains. From the air I could almost see the way the Ice Age glaciers sculpted the earth.  What a beautiful, breathtaking and fascinating planet we are privileged to inhabit.
Posted by Susan at 9:38 PM