Dogs, a Cat and Masterpiece #4 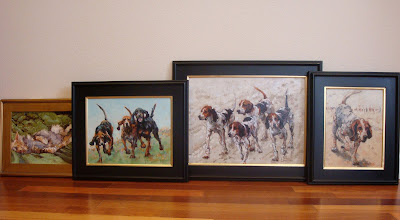 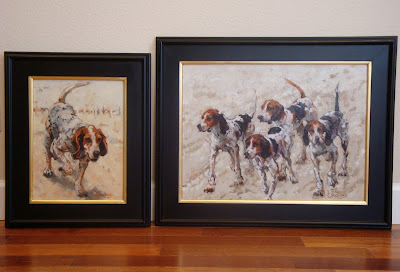 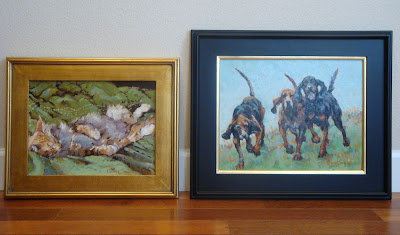 According to Miles Unger in his biography of Michelangelo, masterpiece #4 is the magnificent Moses that forms the riveting centerpiece for the tomb of Pope Julius. Moses is so powerful that he overwhelms the rest of the tomb. He is singular in conveying restless dynamism and smoldering power in a seated figure. He is thrust slightly forward as if about to rise and his gaze is fully riveted on something outside our field of vision. Michelangelo depicted Moses with two horns, something that is still debated by art historians. 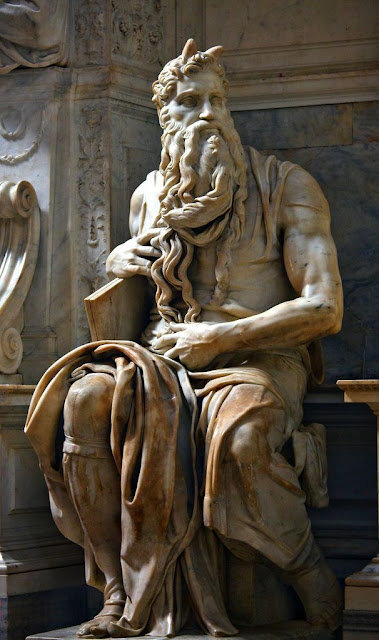 According to legend, when the statue was completed, Michelangelo was so pleased with the realism he had achieved that he slapped the statue and demanded it to speak!
Posted by Susan at 1:37 PM 18 comments:

So happy to have had another sale this week - this one from the Reinert Fine Art Gallery in Charleston, South Carolina. Here is a link if you would like to look through the work of the other tremendous artists in this gallery: Reinert Fine Art Gallery. They have sold quite a few pieces of my work and I am forever grateful to Ann and Rick Reinert.

To continue with the life and works of Michelangelo - after the great success of the David, Pope Julius summoned him back to Rome, this time to paint the vault of the Sistine Chapel. Michelangelo was reluctant as he considered himself a sculptor but Pope Julius was adamant, leaving the artist no choice. The ceiling was 134 feet long and 44 feet wide with a 5800 square foot expanse of blue speckled with gold stars. After initially agreeing to paint the 12 Apostles, the Pope saw the benefit in giving Michelangelo free rein.

Frescoeing and painting began in 1508 and was completed in 4 years with a 6 month hiatus in the middle. A vast scaffold of Michelangelo's design, hanging from holes near the upper windows, was erected allowing the artist to paint in a standing position. Each morning an assistant would trowel on wet plaster and another would transfer the cartoon drawn by Michelangelo onto the wet surface allowing the artist to paint color quickly and in shimmery, transparent veils before the plaster dried. Apparent is his obvious delight in the human figure, his passionate and unconventional vision and his success in creating a somehow miraculous, transcendent masterpiece. More than once, Michelangelo depicts God - not standing  firmly on solid ground, but instead hurtling through space, endowed with titanic energy and supreme confidence.  In the end, this massive project is a link between our world and the celestial realm. Pope Julius was awed, however, 10 days after unveiling this masterpiece to the public, he became ill with fever and died 2 months later.

Personally, upon seeing this masterpiece, I was overwhelmed with joy that that human mind could create something of such wondrous complexity, beauty and almost violent emotional impact. The Creation of Adam is so stunning that I could hardly turn my eyes from it to look at the surrounding figures and scenes. It is a masterpiece within a masterpiece. 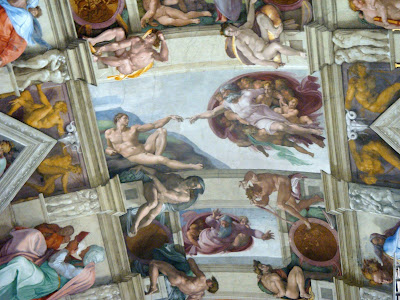 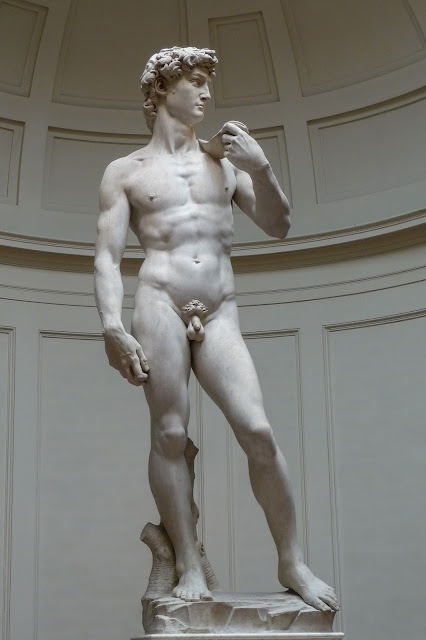 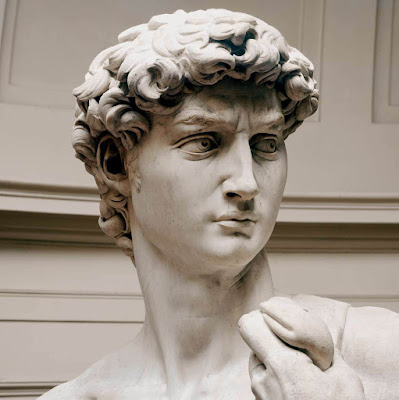 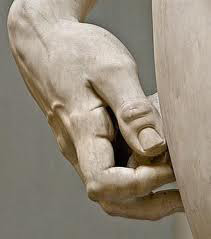 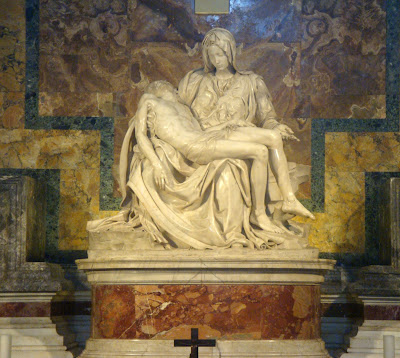 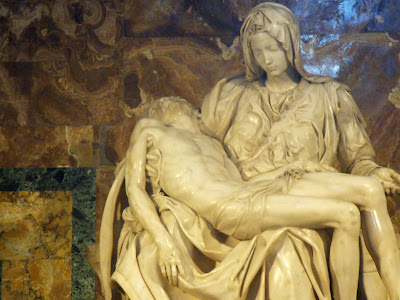 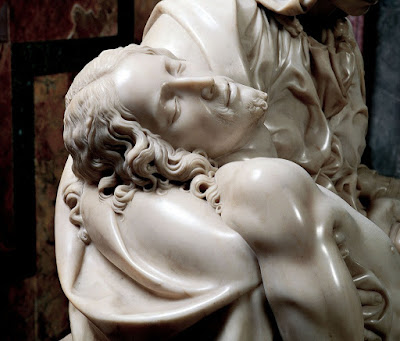 
And the preceding quick ala prima oil sketch on art board


Three dog paintings in a row! Perhaps its time to get back to some figurative or equine work.

Winter has arrived very early with a blustery snow storm in the mountains last night treating us to this view from our house this morning:

This is the earliest snowfall we have experienced since moving to Reno - but the forecast is for a warm up over the next few days so perhaps we will have some autumn weather before true winter arrives.
Posted by Susan at 2:15 PM 12 comments: