A Lesson in Life


This morning I arrived just a few minutes late to the portrait session to find the model already posed, the lighting in place and the studio crowded with artists in deep concentration. Tip toeing to the far corner of the room, I found the only place to set up my newsprint tablet. Unfortunately, it was directly behind the studio light focused on the model and the corner itself was very dark with almost no light to draw by. Complain, complain, complain - I learned a lesson - get to the studio early on Wednesday mornings! I like to do several sketches although most of the other artists work on one sketch the entire time. I was unable to move my easel more than a few inches so ended up with 3 very similar sketches. I will get myself moving earlier next Wednesday morning in hopes of a better spot! 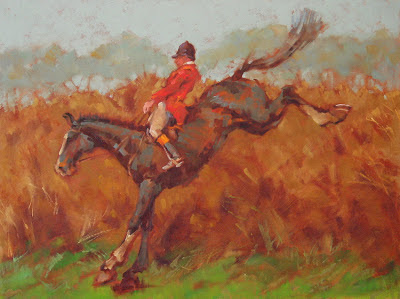